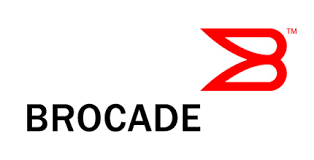 A global study* commissioned by Brocade (Nasdaq: BRCD) has revealed that many organizations still depend on antiquated data center infrastructures, with a significant impact on both productivity and end-user experience. Although three quarters of enterprises have updated their IT environments in the last three years, 91 percent of IT decision-makers (ITDMs) stated that their current IT infrastructures still require substantial upgrades to meet the ever-changing and unique networking requirements created by virtualization and cloud computing.

Further, a third of the survey respondents admitted that their organizations experience multiple network failures each week.

As today’s organizations interact with data and applications constantly, whether it’s video conferencing or accessing database applications on remote devices, the data center network has never been placed under greater strain. However, 61 percent of data center personnel confided that their corporate networks are not fit for the intended purpose, with almost half (41 percent) admitting that network downtime has caused their business financial hardship either directly ― through lost revenue or breached SLAs ― or from their customers’ lack of confidence. As business operations, planning and competitiveness increasingly relies on the corporate IT infrastructure, the requirement for a resilient yet agile, high-performance data center network has never been greater ― and is only going to increase.

“Many data centers that exist today are based on 20-year old technologies, and the simple fact is that they can no longer keep up with demand,” commented Jason Nolet, Vice President Data Center Switching and Routing at Brocade. “Virtualization and cloud models require greater network agility and performance, as well as reduced operational cost and complexity. Brocade is stepping up and answering the need with purpose-built Ethernet fabric solutions that meet both immediate and future data center requirements.”

Fortunately, many forward-thinking enterprises are making strides to deploy more scalable network environments, with 18 percent already using fabric-based networks, and 51 percent planning to roll out Ethernet fabrics in the next year in order to support virtualization plans.  Also, many enterprises are looking at deploying Software-Defined Networks (SDN) by 2015 ― to increase productivity, deliver better access to real-time information and improve availability/service delivery, according to respondents.

More than two-thirds of ITDMs reported that they would welcome an on-demand data center topology. This type of an infrastructure combines both physical and virtual networking elements that can provision the capacity (compute, network, storage and services) required to deliver high-value applications faster and easier compared to legacy data center networks. This approach is seen as a better way to address the challenges of provisioning new applications, services and devices to meet business requirements and pave the way for SDN.

“The findings clearly show that despite apparent investment in the past few years, most organizations are still ill-equipped for current business demands. The Brocade vision for The On-Demand Data Center™ enables our customers to simplify and automate their networks, as well as dramatically improve network efficiency, utilization and performance. It also represents another logical step on the path toward mass customer adoption of SDN, which is what respondents say they need,” added Nolet.

Additional findings in the report included:

Brocade recently outlined its vision for The On-Demand Data Center, which represents another major evolution in networking toward a highly virtualized, open and flexible network infrastructure. With this approach, Brocade is transforming the industry with intelligent, automated and scalable solutions that overcome the complexity and architectural limitations of traditional networks. By uniting the best aspects of virtual and physical networking across a cloud orchestration framework, The On-Demand Data Center delivers simplicity, scalability and resource utilization. The result is a purpose-built network infrastructure for highly virtualized and cloud computing environments — enabling anywhere/anytime information access across the entire enterprise.

* The global study, commissioned by Brocade, was conducted by third-party research firm Vanson Bourne, and surveyed 1,750 IT decision-makers (ITDMs) and office workers within enterprise organizations across the UK, France, Germany and North America. The fieldwork was conducted during early summer 2013