Internet of Things devices and home automation technology are, not infrequently, a bit disappointing. That’s controversial, I know, given the revolution in sensor tech, the programmable world, and the connected everything that’s supposed to be “next big thing.” And home automation is finally, after decades of being an expensive and underperforming folly, hitting the mainstream. But right now most connected devices–like the Belkin WeMo that lets you turn the standing light in your living room on and off using an app on your iPhone–is more proof-of-concept than a useful tool. And the deeper look into the connected devices space, the more problems you find. Battery life is too short. There is no standard communication protocol (and it’s unlikely that Google and Apple will voluntarily agree to one). The software needs to be updated. 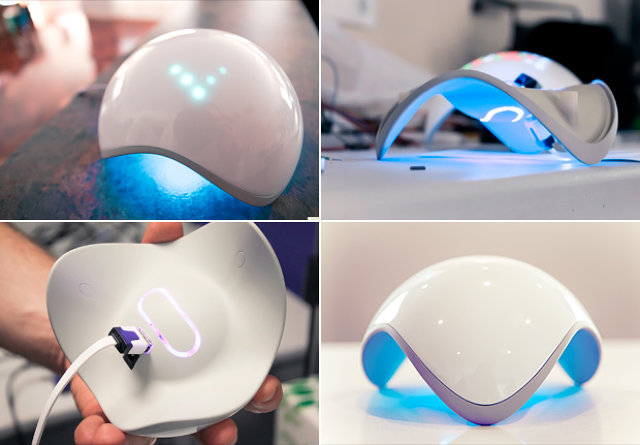 Thanks to projects like If This, Then That, you can program some devices to have “smart” powers, like having your lawn sprinkler respond to a tweet or your Philips Hue lights change color depending on the weather. But each of these requires a separate app, a different interface, another piece of clutter in your digital life. There is, in effect, no central intelligence making all this stuff work together–apart from you. And that’s why I’m excited about Ninja Sphere, a Kickstarter project that could quite literally turn your home into a Jetsons-like digital abode.

Ninja Sphere acts as an intelligent “hub” that connects to the separate devices you already own and helps them communicate with your other home automation gadgets without asking you to pull out your phone unless absolutely necessary. It does this in part by knowing where objects like your phone or your pets are located in relation to you. When a sensor notices some activity–the dog’s Internet-connected collar sends an alert, for example–the Ninja Sphere tries to determine what action to take next. … (READ MORE)